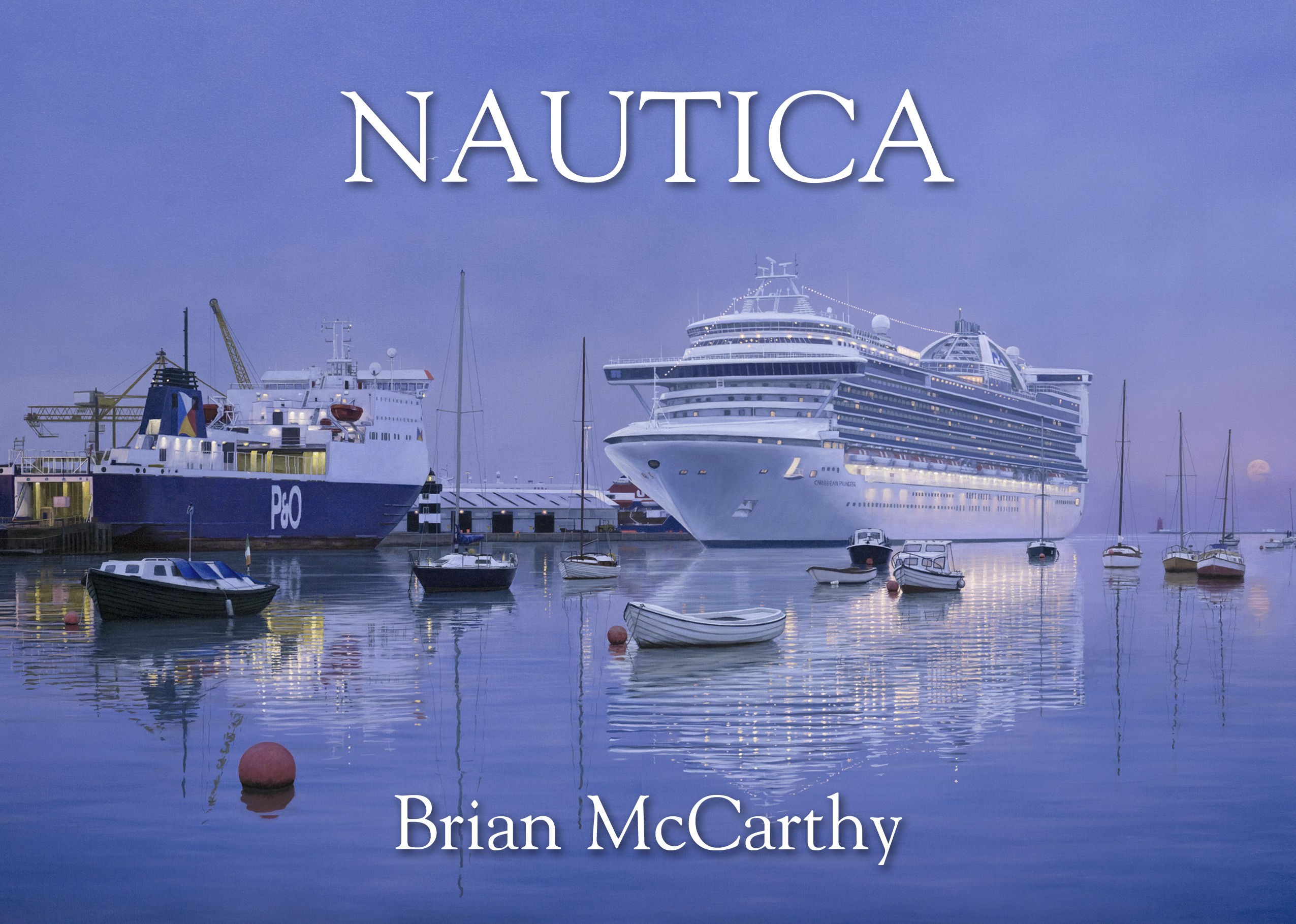 Just before Christmas 2020, when there was a brief glimmer of hope life might be returning to pre-Covid normality, I was asked by Leslie O’Neill and Sean McNeela, if I would like to present a solo show to launch their new art gallery Mayo Contemporary.  Needless to say I was thrilled and after six months of lockdown the show will be launched by Ireland’s former Taoiseach Enda Kenny on Friday 18th June in Castlebar, Co Mayo.  Accompanying the show is a catalogue with a very flattering introduction I can’t resist sharing.

Mayo Contemporary first opened its doors in December 2020 to showcase contemporary fine art by emerging and established artists, both Irish and international.  However, like so many other Irish businesses hit by the pandemic, we were forced to close a few short weeks later.

After a tumultuous six months, we’re delighted – no – relieved to finally be able to present our inaugural exhibition, Nautica, featuring a series of oil paintings by one of Ireland’s leading artists, Brian McCarthy.

A Dublin native, Brian is one of the few Irish living artists to have his work hung in the National Gallery of Ireland and go under the hammer at Christie’s in London.  His paintings are not cheap but then it can take months to finish one, and years to collect enough for a show like Nautica.

Brian’s passionate commitment was immediately apparent when we visited him at his studio on Clontarf’s seafront in Dublin.  Although acutely aware most of his work disappears straight off his easel into private collections, we were nonetheless hoping he might have one or two he was prepared to part with.

First to catch our attention were the Mayo green and red colours emblazoned on a huge ship.  Never had our favourite colours looked so optimistic.  A sign of better things to come?  Yes

Since Brian’s last show, the critically acclaimed Boomtown, he’s been quietly focussing on the graving docks at the Alexandra Basin in Dublin Port.  Built in the early twentieth century, these graving docks have seen generations of dockland workers devote their lives to servicing maritime vessels from all over Ireland, including the Jeanie Johnston famine ship.

“During my visits there I was stunned by the steep, near-vertical walls, and gigantic steel sluice gates fifteen metres below sea level,” said Brian, “the contrast between the massive ships and industrial machinery towering above the workers was something I found irresistible given its dramatic visual appeal. But the extraordinary range of the dock’s muted tones contrasting so starkly against the vibrant colours of the ships, with nothing but steel gates to prevent this hidden world from being engulfed by the sea, took my breath away.”

As it did ours when we examined more of Brian’s paintings.  This is especially true of the Caribbean Princess cruise liner executed with the accomplished craftmanship of a talented artist at the top his game.

“Seeing her for the first time lit up like a magical floating palace docked yards from my home in Ringsend at blue hour was such a thrill,” said Brian, “I felt compelled to capture her on canvas for others to enjoy.”

And who wouldn’t?  The Caribbean Princess, along with Brian’s other paintings in this photo-realist series, is technically flawless and visually stunning.  The unusual perspectives, complex compositions, and vivid colours, even when painting mud in puddles, gives them immense richness and depth.

While photo-realism has always been central to Brian’s work, so too has surrealism and satire.  The Hat Trick Pub is a prime example.

“Ireland’s collective obsession with international football has always fascinated me,” Brian said, “however, although The Hat Trick Pub is whimsical, I wanted to portray the mania surrounding the 1990 World Cup at a time when a crippling recession was forcing tens of thousands of Irish people to emigrate to England and beyond.”

There’s a more cutting edge to Oblivion’s satirical humour with its array of clerical costumes displayed in a shop window on Limbo Lane and abandoned toys strewn across the footpath.

“I was angry when I painted it,” admitted Brian, “I still am.  The litany of scandals caused by the Catholic Church uncovered in recent times deeply saddens me, as I know they do everyone.”

For many years Brian’s main artistic focus was on still lifes, such as his poetic and surreal Masquerade series of Venetian carnival masks.  Acclaimed by critics and collectors alike, Masquerade firmly established him as one of Ireland’s foremost artists early on in his career.

However, these days it’s his surreal portrayal of global events that mostly occupy his interest. A case in point is Ghosts of Palmyra, which Brian began at the start of the current Syrian crisis.

“I had just sketched in the arch when news of its bombing came through over the radio,” he said, “I was utterly dismayed at this attack on a world heritage site that had survived not only the Romans, the Crusades, and Napoleon, but two world wars as well.”

It was in direct response to this Brian included the fiercely burning rocks and a camel with both eyes covered by a cloth.

“The end result is completely different to the one I initially envisaged,” he said, “If I had to name a favourite painting of mine, Ghosts of Palmyra would be it.”

As the Syrian crisis escalated to ever more tragic heights, working on First Wave and Dark Crossing gave vent to Brian’s increasing dismay.  Although neither would look out of place in a Pirates of the Caribbean movie, celluloid fiction they’re not.

“Both were inspired by the massive exodus of men, women, and children, fleeing the war in Syria by any means possible.”

And there Brian stopped to show us Eternal Embrace and allow this sublime image of universal love, protection, and devotion speak for itself.  But more than this, it’s an exquisite dual portrait that proves, if indeed proof were needed, that while we need satirical commentary from artists, we also need beauty to bring serenity into our lives and homes.

Paintings are available to view in person at Mayo Contemporary until July 2021 or online at: www.mayocontemporary.com